Qt 3D is a framework for implementing data-driven 3D scenes with C++ or QML. However, building applications directly with this API can be a daunting task, especially for newcomers. Setting up frame graphs, render passes, materials and similar all require prior knowledge of 3D graphics pipelines. There is also a lack of tooling: those looking for designer-friendly scene and animation editors have been left out in the cold – until recently. With the advent of the 3D Studio contribution from NVIDIA, the tooling situation is going to be improved vastly. At the same time, when it comes to the runtimes, this is going to lead to a more convoluted graphics engine landscape inside Qt: OpenGL (or other graphics APIs) and scene graphs built on top are now in direct and independent use in Qt Quick, Qt 3D, Qt 3D Studio, and a number of other traditional components in the stack. This leads to the exciting question of the feasibility of unifying the low-level layers by implementing the runtime for 2D/3D user interface frameworks like Qt Quick, Qt 3D Studio, or anything else, on top of Qt 3D. While this may seem logical and straightforward at first, the road to fully retrofitting a foreign scene graph and material, lighting and animation system on top of Qt 3D is definitely bumpy, to say the least. In this talk we are going to take a look at the experiences and lessons learnt while attempting to implement some of the above as part of a research project. The results, and the issues encountered along the way, will provide valuable input to anyone working with Qt 3D, either in C++ or QML. 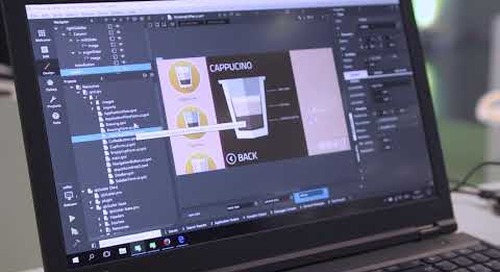 Thomas Hartmann shows how to build a fluid coffee machine UI with Qt Quick Designer. Read more on Qt for ... 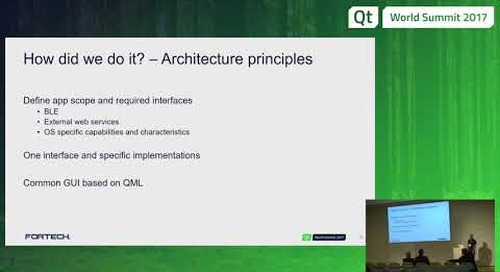 As the smartphone slowly becomes a necessity (or is it already?) in our world, we are faced with the task o... 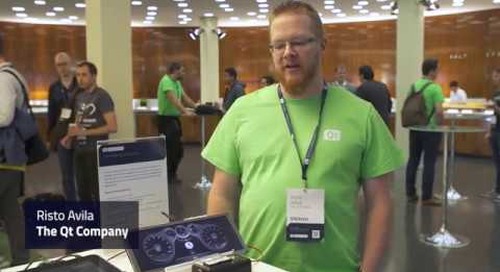 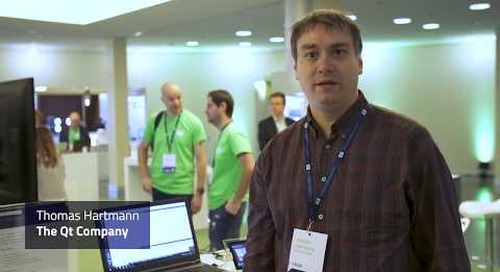 An inside look to automotive system clusters built with Qt Quick Designer and Qt Creator. Learn more and download Qt at www.qt.io Find Qt for Automotive at www.qt.io/automotive/ 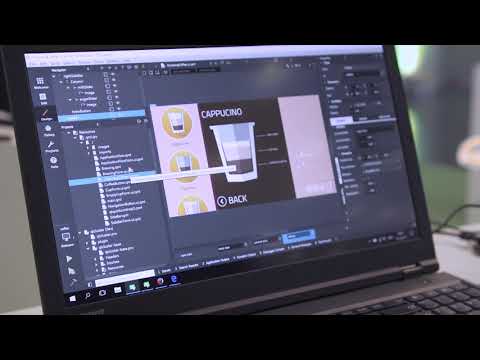 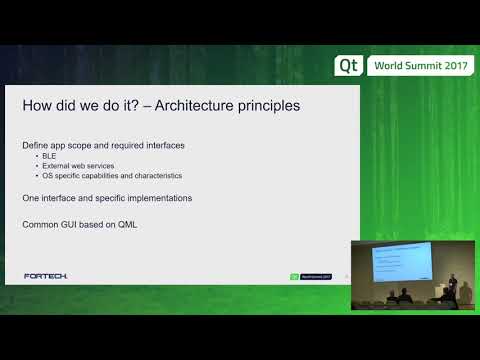 As the smartphone slowly becomes a necessity (or is it already?) in our world, we are faced with the task of replicating the same app on multiple platforms. This always leads to development overhead: 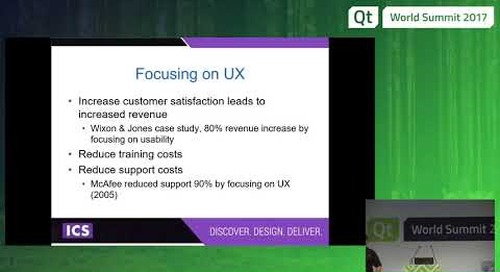 This session is an introduction to User Experience (UX) design, specifically focusing on issues that software developers encounter. While developers tend to focus on the implementation details of gett 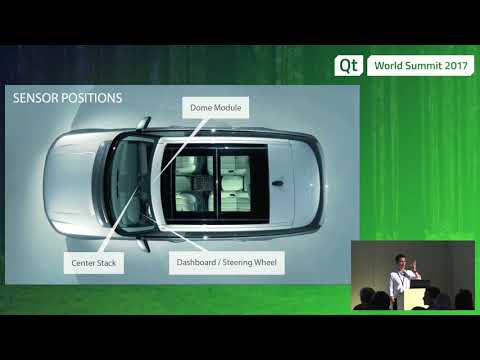 Many advanced automotive concepts for the next decade make use of smart sensors. More and more imaging sensors get into cars, today mostly focussing on the outside of the vehicle – road, traffic, pede 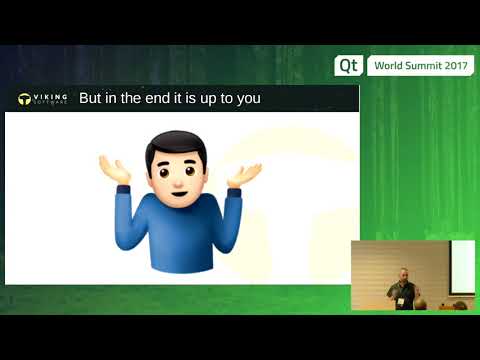 While old, the modbus standard is very alive and kicking. Today you can still buy newly designed PLCs and frequency inverters with a modbus interface on top of RS-485, RS-422 or RS-232 as the primary, 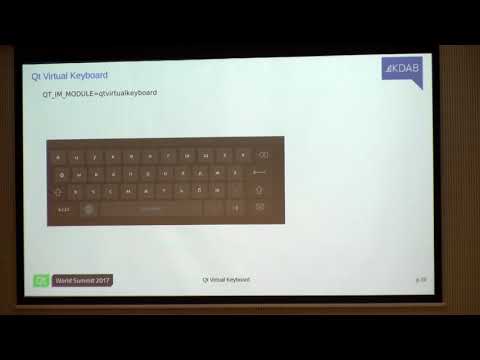 There is an increasing need to support text input via virtual keyboards not only on Mobile phones but also on embedded devices and in in-vehicle infotainment systems. Qt provides an input method API t 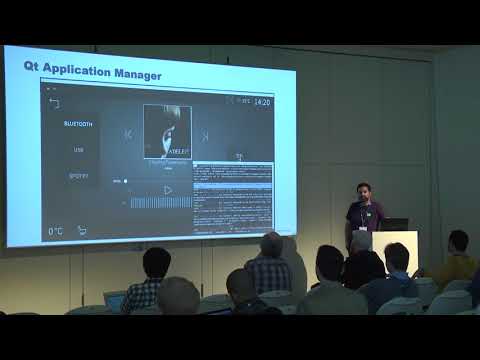 23:39
QtWS17 - Under the Hood of Qt Automotive Suite After One Year of Hacking, Johan Thelin, Luxoft

Qt Automotive Suite was released a year ago and development is making progress. This talk be focused on technical details of new features in the Qt Application Manager, the new plugin for Qt Creator, 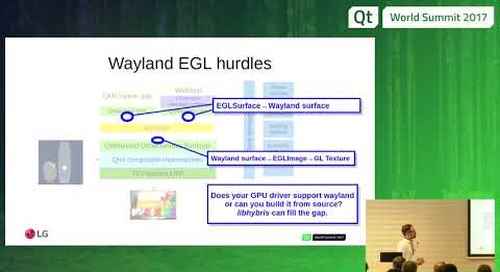 A brief tour of the anatomy of the WebOS compositor. Using QtWayland and QtDeclarative, we give an overview of how Qt helped to ship Wayland with our acclaimed UI to a range of devices and formfactors 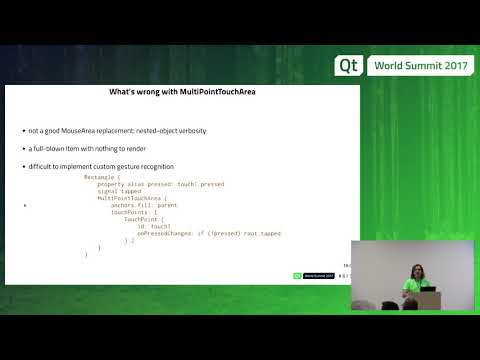 Over the last few years we have discussed adding a new way in QtQuick to handle events from pointing devices such as touchscreens, mice and graphics tablets. Now it is on track to ship in 5.10. This i 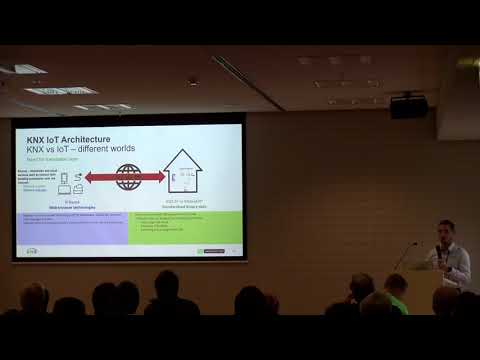 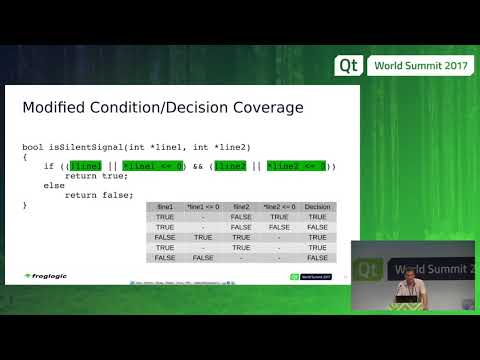 Code coverage is a metric for the degree of testing that is being done. This talk will explain the various metrics from Statement Coverage to Modified Condition/Decision Coverage (MC/DC), depict their 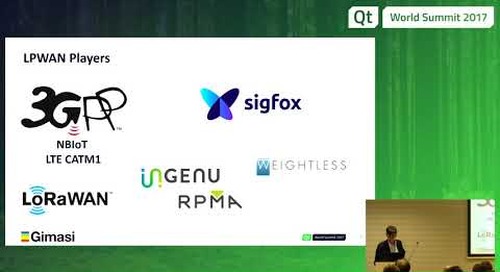 IoT devices have been around since a long time, but the multi-billion promise market explosion will really happen because we now have LPWAN networks. We will go through a brief overview of the major 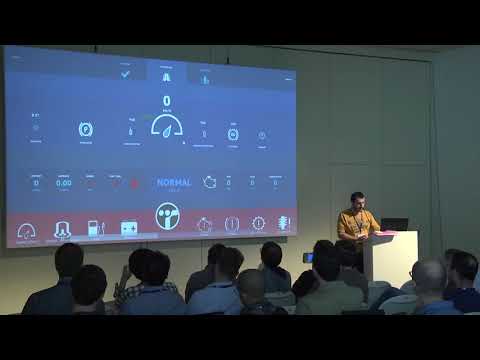 We are excited to see smart vehicles’ taking part in our life day by day. As well as private cars, public transport vehicles are evolving as intelligent machines. Of course, modern infotainment system 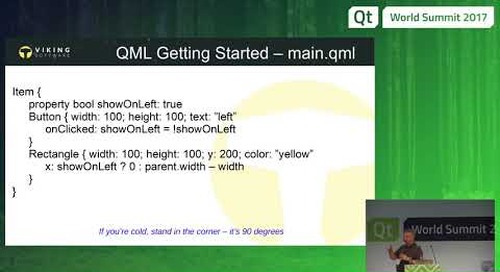 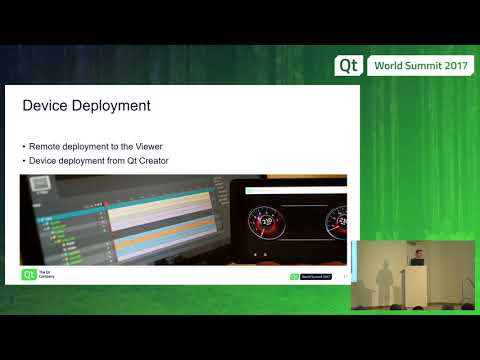 With the use of 3D technologies increasing significantly across all industries – especially in the automotive, healthcare and industrial automation sectors – innovative 3D user interface design tools 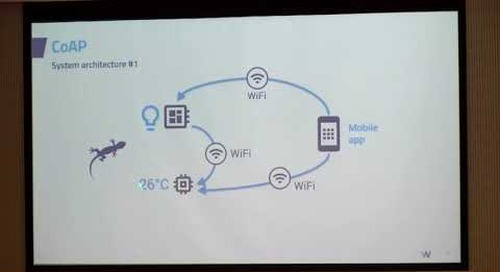 One of the big critical challenges of IoT is: How should these Things communicate together? Many standards emerged in the last years, but one seems to fit perfectly with Qt philosophy: CoAP protocol. 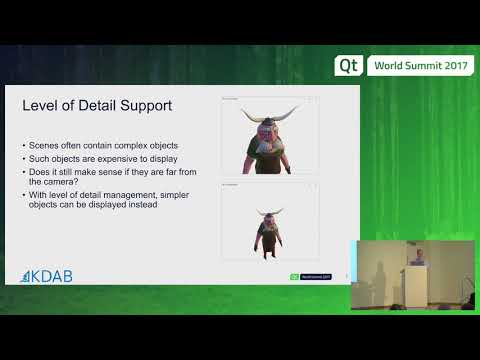 Qt 3D is a rapidly evolving module within Qt. There are lots of new features appearing with each new release to continue expanding what Qt 3D can do out of the box. Engineers from KDAB and The Qt Comp 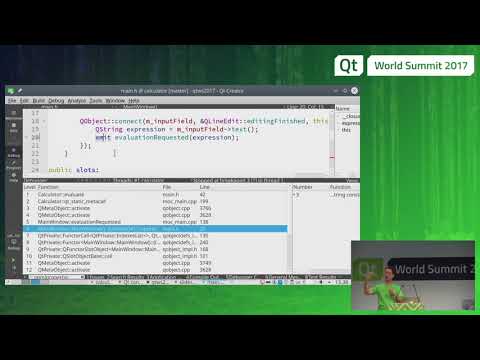 Programming your application with Qt means that you will sooner or later encounter the central QObject class, signal & slot connections, or generic properties. The object model makes it safe and easy