We implemented the UI of a Coffee Machine following the reference design of a professional designer. The designer also provided all graphical assets as PNG images. In the screenshot, you can see the Resource Browser containing all the provided graphical assets. You can use these graphical assets by drag and drop. 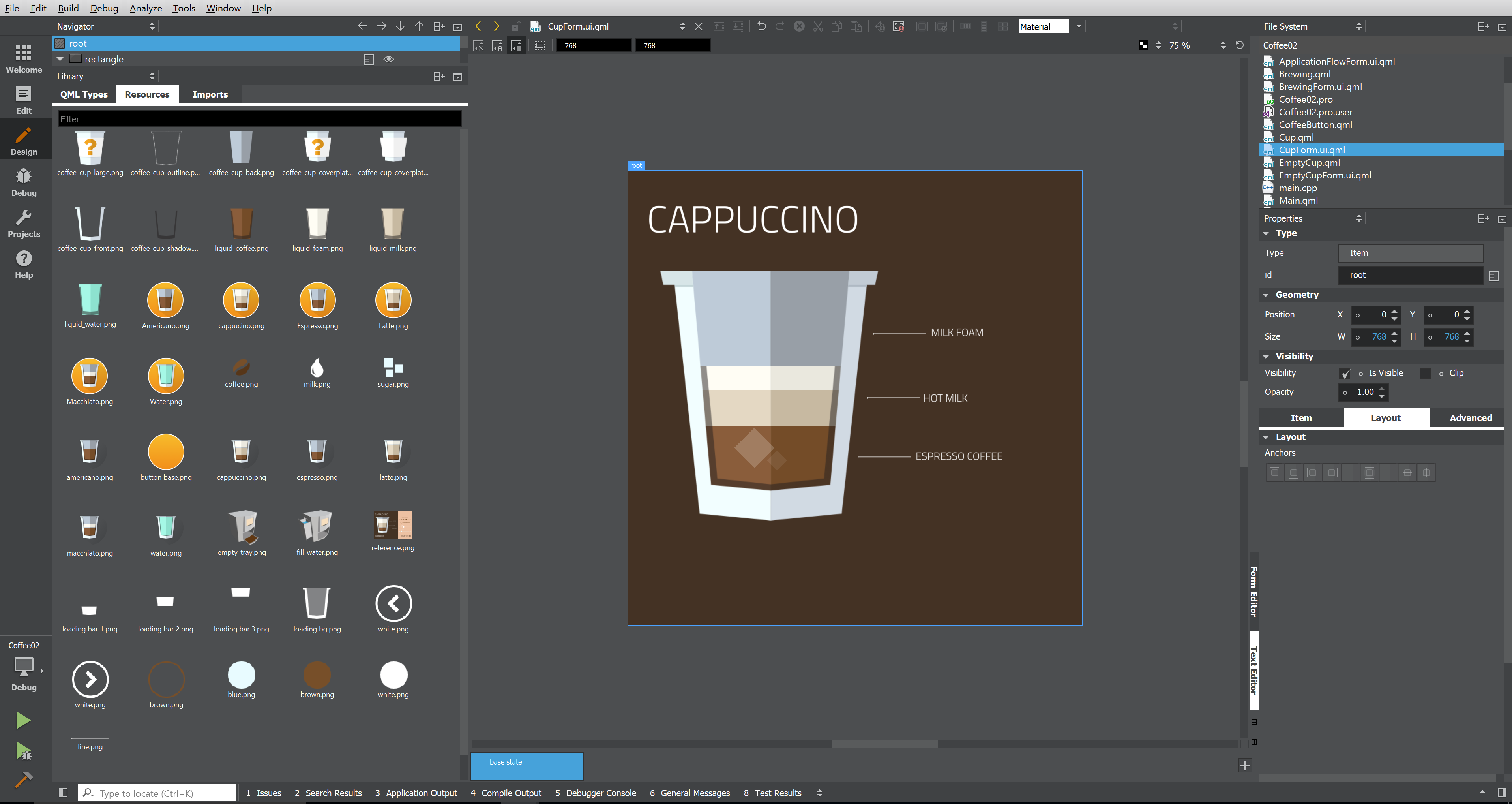 The example is the UI of a coffee machine.

The emphasis for this example lies in a clean separation between imperative logic and the purely declarative visual design which improves the collaboration between designers and front-end developers. The separation between the declarative UI and the implementation allows us to create the visual UI using just Qt Quick Designer, while ensuring that the final result is matching the original design.

This way Qt Quick and Qt Quick Designer will maximize productivity and maintainability.

We created a video that gives an overview of the workflow and the structure of the example. Starting with a reference video from the original designer, we model the different screens using states and QML components. Each screen can be created directly in the Qt Quick Designer following the original reference design.

We can define expressions controlling the active states, based on when conditions.

The animations and application logic are implemented in a single QML file. We use alias properties to define an interface between individual screens and components. Maintaining and integrating changes to the UI becomes a lot easier this way.

The source code of the example can be found in the Qt examples repository.

Contact us to learn more and discuss your needs in more detail.