We are happy to announce that the Qt 3D Studio 2.0 has been released. We are making this release together with our newest addition to the Qt design tool family: Qt Design Studio.

To get an overview of what is new in Qt 3D Studio 2.0, see live demos and ask questions, sign up to the upcoming webinar.

From UI designer perspective the 2.0 release contains a lot of usability improvements. For example the 3D design view has now a gradient background which makes it easier to see the orientation of viewport. Camera and Light objects also have a better visualization which makes it easier to see the effects of the property changes for these objects. Also the 3D object manipulators have been improved so that rotating, scaling and moving accuracy is now much better. Also selecting and deselecting items is now more logical. Keyboard and mouse handling has been also changed so that you can for example now Pan, Zoom and Orbit with Alt key + mouse button combinations. 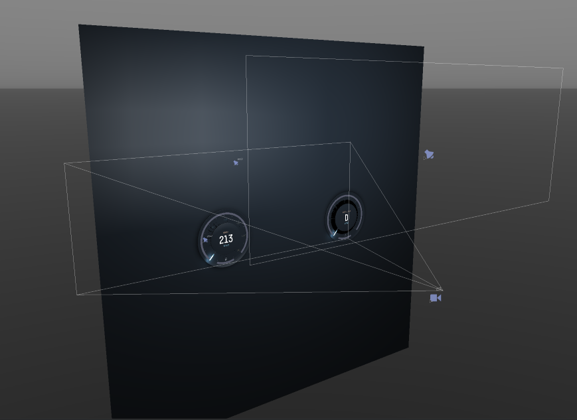 Also the interaction between application logic and UI can be now fully defined by using the Data Inputs which we introduced as technology preview in 1.1 release. Mechanism for doing this has remained the same i.e. the Qt 3D Studio project defines what kind of data the UI needs and these data items can be added with Data Input dialog (under File menu). 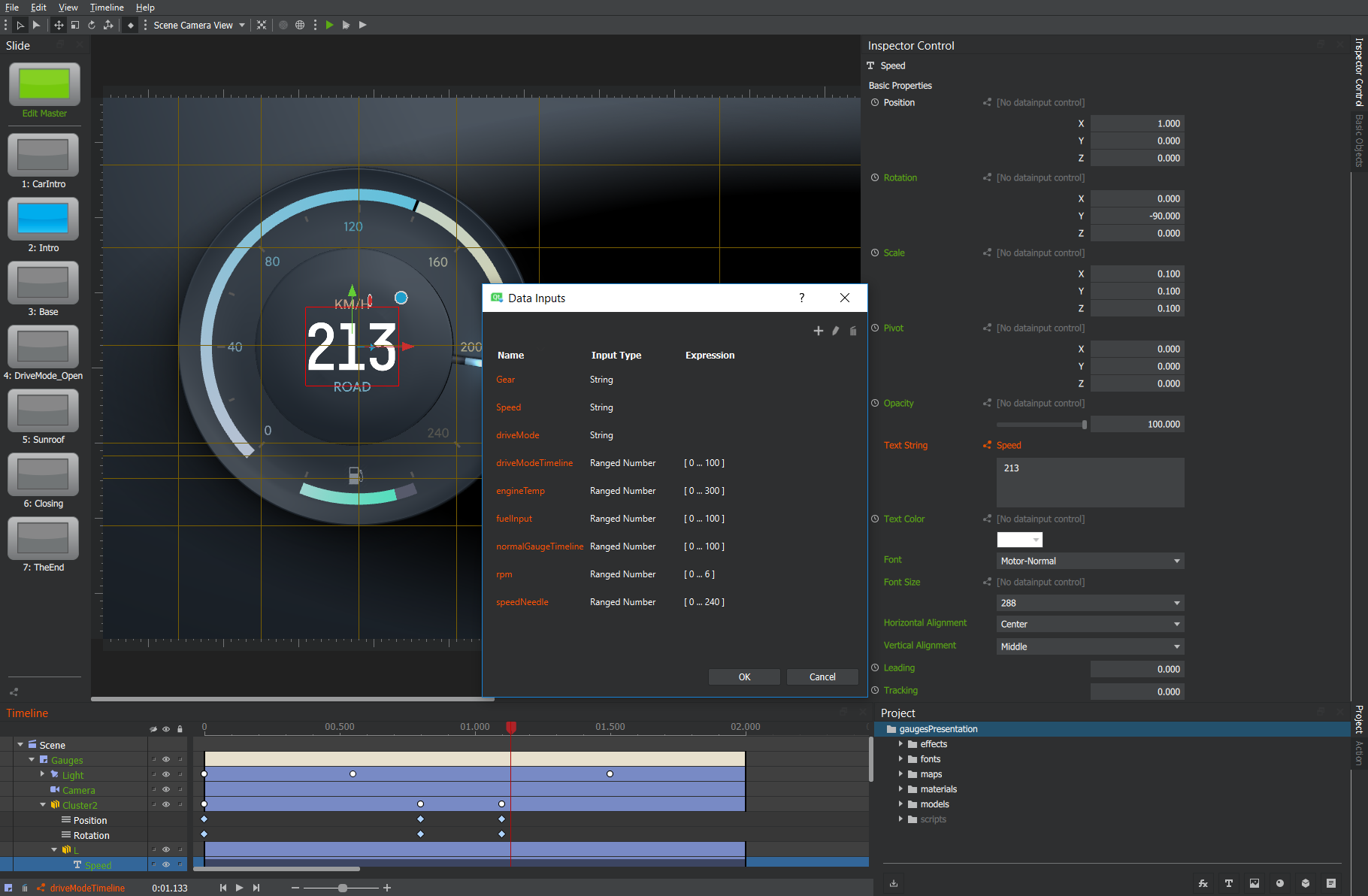 The Data Inputs are then tied to different properties or timeline to control object property changes or animation timeline from the application logic.

The 2.0 release introduces the new Qt 3D Studio runtime built on top of Qt 3D module. This means that the whole rendering engine has been rewritten with Qt and it now follows the normal Qt module practices. This is a big milestone from the further development perspective as with the new code base adding new features and maintenance is easier. To make sure that that we haven’t introduced regressions between the new and the old runtime we are still shipping the old runtime as part of the 2.0 release. You can enable the old runtime Viewer application from the Edit – Studio Preferences menu by enabling the Legacy Viewer option. After that you will get an additional Play button to the toolbar for launching the old Viewer. If you are experiencing differences between the runtimes please file a bugreport to https://bugreports.qt.io

Some example projects can be found under examples folder in the installation directory. Additional examples and demo applications can be found from https://git.qt.io/public-demos/qt3dstudio repository. If you encounter issues with using Qt 3D Studio or you would like to suggest new feature, please use Qt3D Studio project in the https://bugreports.qt.io

Be sure to sign up to the webinar now and tune in to find out all about Qt 3D Studio 2.0. Watch some cool demos, and ask your questions live!