We are very happy to announce the latest edition of our Qt Automotive Suite 5.12, a unified HMI toolchain and framework for building your next generation digital cockpits. It is based on Qt 5.12 and it is an LTS release as well.

In case you hear about this for the first time, Qt Automotive Suite was created to solve the key challenges in HMI creation (see https://blog.qt.io/blog/2018/06/27/introducing-qt-automotive-suite-5-11/ and https://blog.qt.io/blog/2018/02/27/introducing-qt-automotive-suite-2-0/) for digital cockpits in automobiles. With combinations of world class tooling, automotive specific software components, and highly optimized software framework for embedded devices, we are solving those challenges and offering the world’s end-to-end HMI solution with a single technology.

In the 5.12 release, we keep enhancing our components to evolve in following key directions:

For the Qt Application Manager, we are introducing the new feature – “Intent Management” as a technology preview. Today, the concept of intents is commonly used in mobile platforms such as iOS and Android, where its primary use case is to facilitate intercommunication between apps as a service, for example voice assistants used by other apps. With our new Intent Management, it is now possible to provide and query services across applications via a communication channel. This would allow applications to publish their “intent” capabilities, thereby other apps and services such as voice assistant can query and trigger the right application for intended action. Soon you can integrate Amazon Alexa Auto or Google assistant and let them easily communicate with HMIs in the connected vehicles.

For Qt IVI, we have now created a new Simulation System which allows scripting of simulated backend service data and basic logic in QML. With that, Qt IVI can not only generate frontend and backend APIs, it also allows developers to easily write backend simulations which provide not only data but also can simulate some business logic.

We now introduced a new component called Deployment Server, formerly known as Neptune Appstore. It is a lightweight network server that hosts downloadable application packages. The main use of the Deployment Server is to allow easy system integration in larger projects with multiple teams. Teams can publish their apps, e.g. HVAC, Media, or Navigation, one by one to the deployment server and so enable quick testing of new app versions with a minimal risk and effort.

To further enhance the developer experience, we added a new template to the Project Wizard in Qt Creator which can be used to create a skeleton for an application running with Qt Application Manager.

Maximizing software reusability has always been what Qt is best known for – code once, deploy everywhere. Now we are introducing a progressive support for mobile platforms, so the HMI code developed for IVI can also be used to create OEM’s companion applications. In 5.12, we added a technical preview where developers can compile and run Neptune Reference IVI project for Android as is. 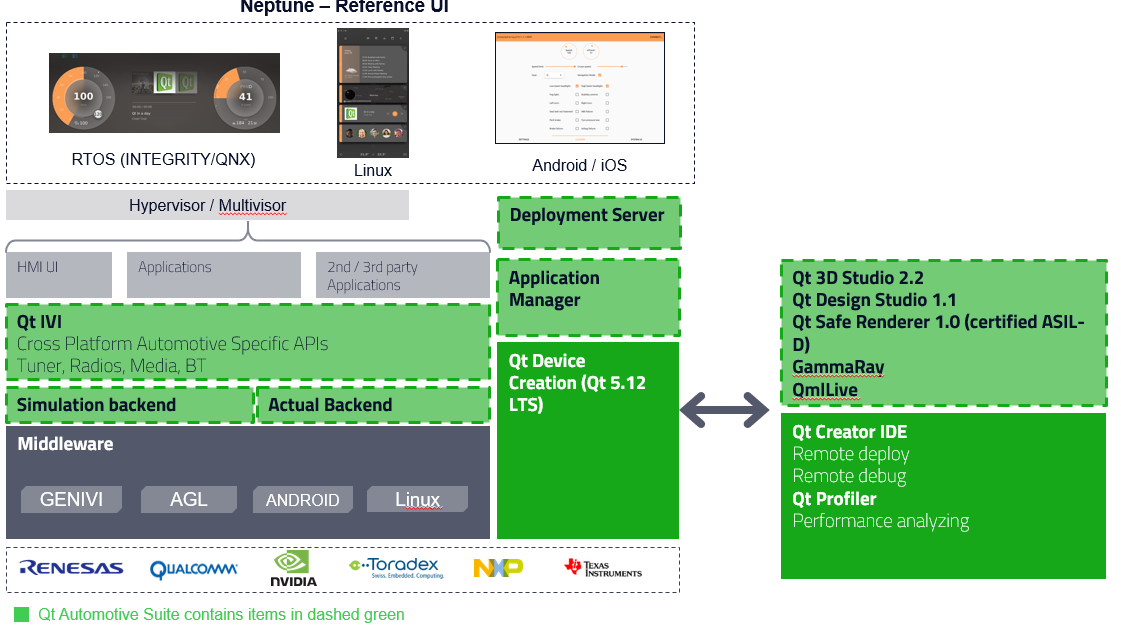 With Qt 3D Studio 2.2, we now have improved usability and introduced new features such as supporting compressed textures and stereoscopic rendering. Have a read at Qt 3D Studio 2.2 blog. We also recently introduced a new design tool called Qt Design Studio, bringing designers and developers closer than ever for 2D and 2.5D HMI creation. 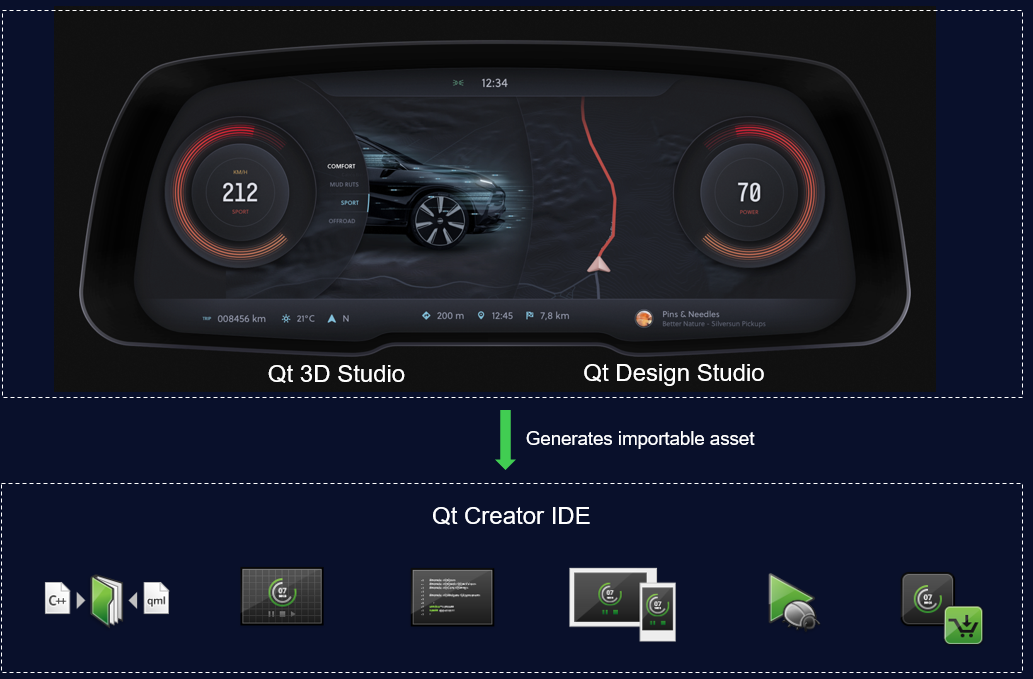 Figure 3: Design tool and software framework under one technology

QML Live has the following updates:

GammaRay has the following updates:

Be sure to check out the GammaRay documentation as well as the blog at: https://www.kdab.com/gammaray-2-10-0-release/

Qt Automotive Suite 5.12 comes with further improved documentation and examples for most of development needs.

With Qt Automotive Suite 5.12, we revamped the architecture behind the new Neptune 3 reference UI to further simplify the UI development. We introduced Intent Management in Qt Application Manager which enriches the multi-process pattern of Qt Automotive Suite application development with a fundamental capability of inter-application services. And we made a significant number of smaller improvements in all our software components. Once again, many thanks for the feedback especially from our customers and prospects.